Ash Wednesday – The Beginning of Lent 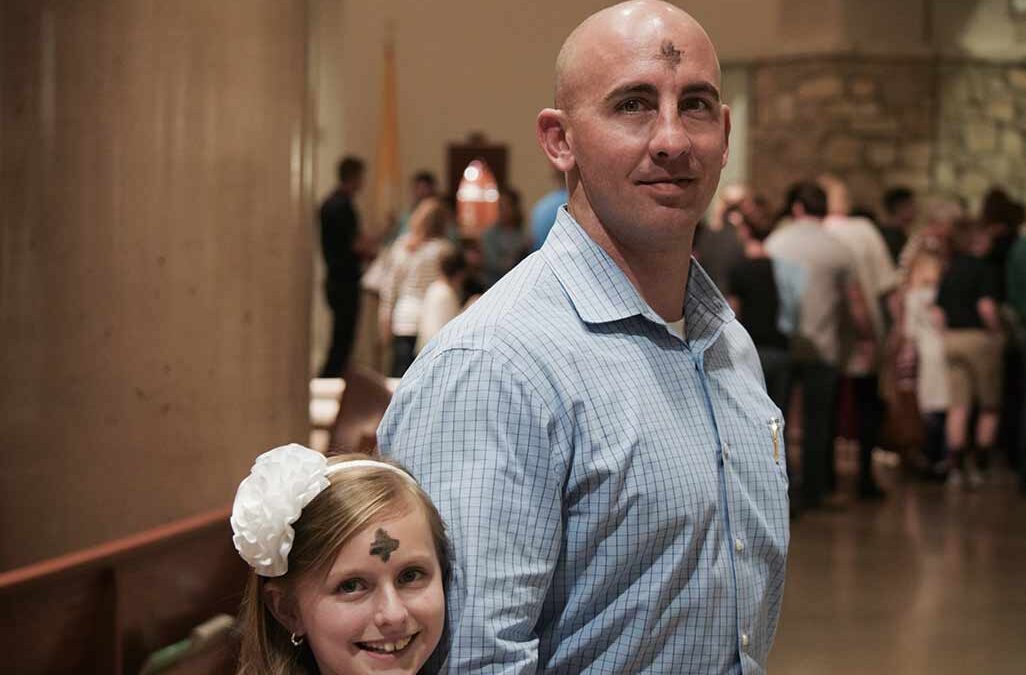 Ash Wednesday marks the beginning of Lent. On Ash Wednesday, many Christians will receive an ashen cross on their forehead. This cross is a visible sign of the same cross that was traced upon their foreheads when they were baptized. The cross reminds us, as Christians, that we have been forever claimed by Christ. I am a cradle Lutheran – one who was born and raised a Lutheran. As a child, I remember always being envious of the Roman Catholic kids that went to school with me. On Ash Wednesday, there were always so many people walking around the school with that smudge of dirt on their foreheads. (As a kid it looked like a smudge of dirt.) My home congregation also celebrated an Ash Wednesday service, but it was not until the evening. I wish I could have walked around during the day with the same mark on my forehead. There were times when I was asked why I didn’t have it. I had to explain that we didn’t do it until the evening. The very next day, everyone was back at school and everyone’s forehead was “clean” again. There was no longer a distinction between the Roman Catholic kids and the Protestant kids. The dirt – the ashes were washed away, but the cross still remained. We were all still God’s children ashes or no ashes, dirt or no dirt.

Christ washes away the dirt of our lives so that we all are equals before God. 364 days of the year we may not be able to see the cross on our foreheads, but Christ does – it never goes away. God is with us as we walk through this life and into the life to come.