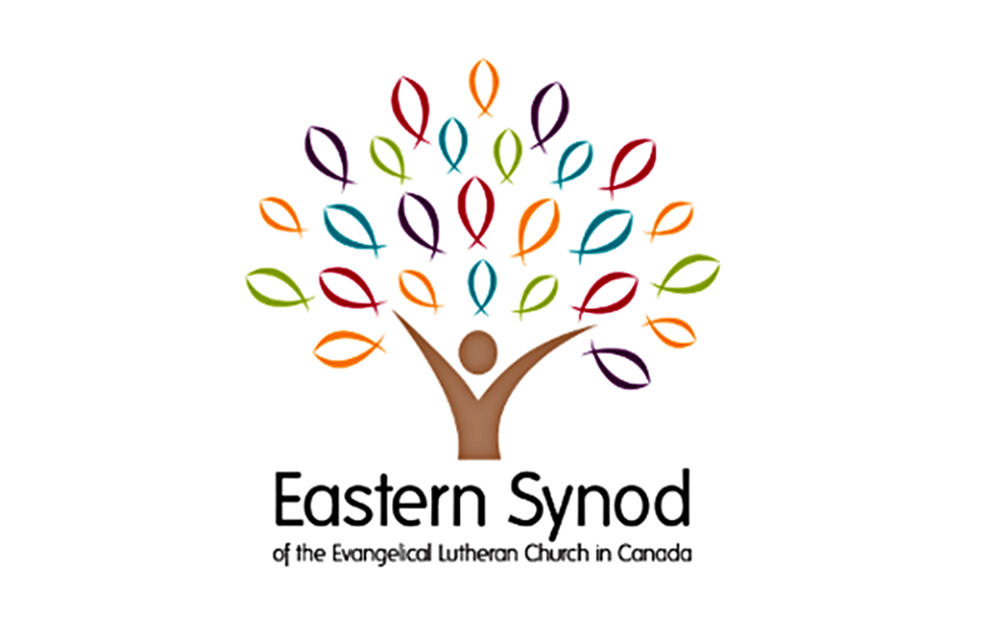 Prepared by our Synod

The closing of one of our congregations, St. Philip’s, Kitchener, has led to new beginnings
and a new partnership with Anishnabeg Outreach.

Anishnabeg Outreach is a charitable oganization dedicated to helping First Nations, Métis and Inuit people with training and employment services. The former St. Philip’s will become the home for a new Indigenous dropin centre. The space will be a hub for various programs and services.

Since we, as a synod are committed to working in the spirit of reconciliation and learning from our Indigenous neighbours, this is a wonderful opportunity to deepen our relationship and broaden our understanding of one another and our common vision. It is also a chance to work together to serve the community.

This project was made possible through the effort of Lutheran Homes KW, a gift of $250,000 from St. Philip’s Lutheran Church and a mortgage of $250,000 held by the Eastern Synod. 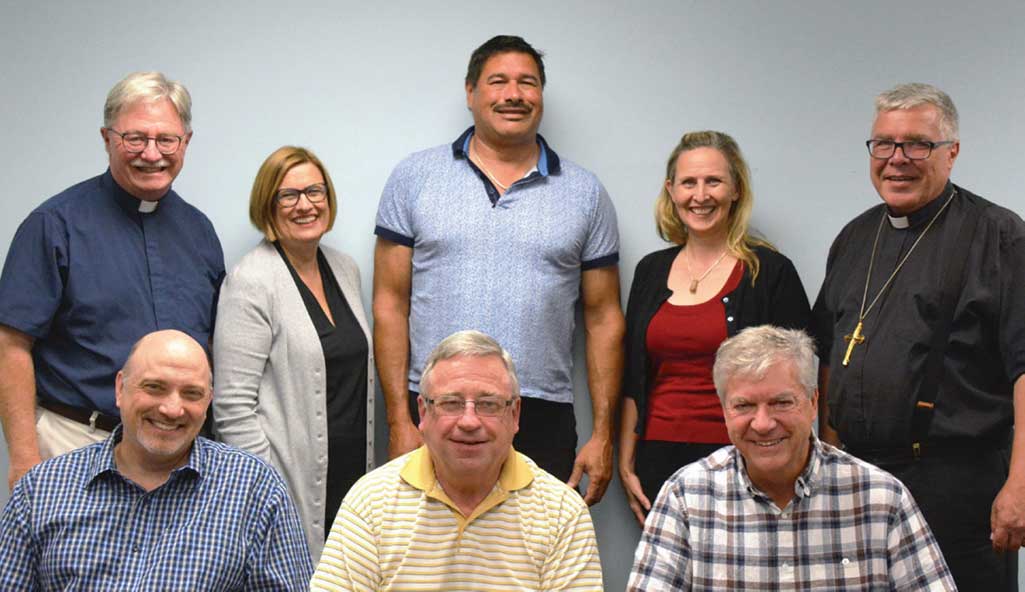 “We, as a synod are committed to working in the spirit of reconciliation and learning from our Indigenous neighbours” 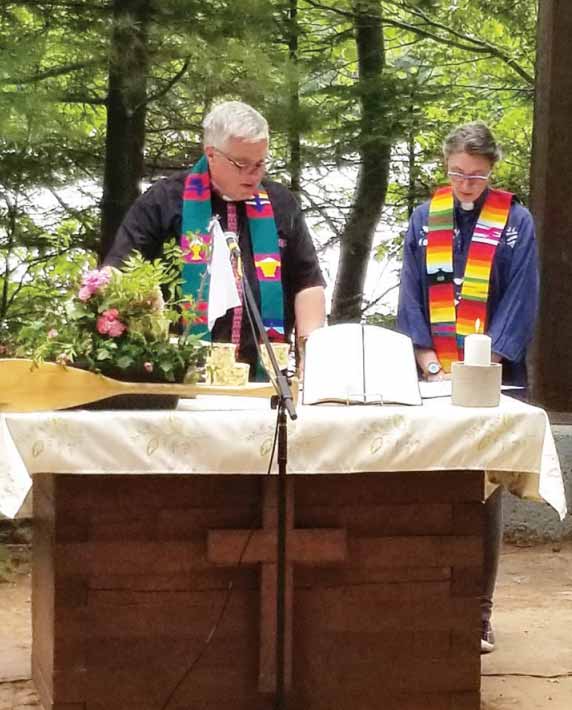 It began as a vision by the former Nova Scotia Synod; this year we recognized 70 years of church camping at Camp Mush a Mush. On the weekend of July 14 and 15, former campers and staff gathered at the camp to share stories and remembrances. Music, photos, worship and boat tours gave everyone a chance to walk back in time. For many attendees a highlight was the floating cross adorned with candles which had been lit from the altar. To celebrate another milestone, baby Edith Eddy was baptised as her mother Brooke had been a camper and counsellor.

Growing out of a need to have a summer bible camp for boys, and a week spent at Little Mush a Mush Lake with local ministers; a search was on for a permanent camp site. The sandy beach and sheltered cove we now enjoy was such a suitable site that the NS Synod supported the purchase. At the official dedication service over 700 attended.

On that Sunday in July 2018, worshippers gathered as Pastor Kimber McNabb and Bishop Michael Pryse led the service. Tim McNabb offered music as the over 200 attendees sang and worshipped outdoors.

“As a youth I spent many summers at the camp, followed by years as camp handyman, manager and director. Attending the celebrations this summer was an opportunity to remember the many friendships that had been forged, and the influence this camp has been on the lives of so many,” Peter C. Oickle says.

Through your benevolence offerings the Eastern Synod provides annual grants to outdoor ministry at Camp Mush a Mush and Camp Lutherlyn in Eastern Ontario.

“Parish visits are the most life-giving and invigorating part of my work. I get to see and experience what God’s people are doing and experiencing in their ministries. I get to exercise a ministry of Word and Sacrament. I get to meet and interact with the saints who are the most localized expression of our church. These weekly encounters are the lifeblood of my ministry as your bishop,” says Bishop Michael Pryse.

Collectively, Bishop Michael and his assistants visited over a hundred congregations last year. We celebrated anniversaries, new beginnings, and ministries that had reached their end. Many of those were one time visits, however, congregations in discerning processes, shared ministries, call processes or other consultations sometimes require multiple meetings. In addition to parish visits, Synod staff meets with the rostered ministers and leadership teams once a year in their own Ministry Areas.

The costs of the parish visits are covered by benevolence offerings. This ensures that all the congregations, big or small, wealthy or diminished have the same opportunity to host synodical visits when a need arises. Your benevolence offerings help us continuously keep in touch with your sister congregations in their times of joy and celebrations, times of loss and lament, and times of transitions. 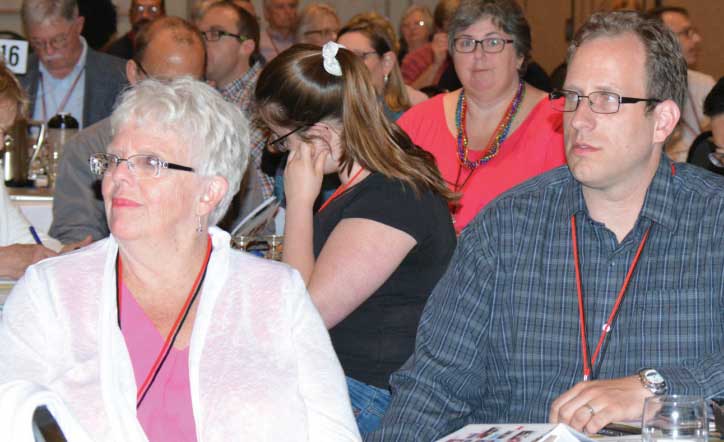 When more than three hundred people from across the Eastern Synod gather at a Synod Assembly, they do the essential business of our church. But in their days together they also
become a community of worship, learning and fellowship.

From June 21–24, 2018 in Toronto, lay delegates, rostered ministers, invited guests, volunteers and staff spent many hours working together and helping make decisions for the future of our church. This year’s theme, “Liberated by God’s Grace to be Neighbour”,
led to deep, challenging and often emotional discussions around how we as individuals and
as a church treat our neighbours who may be different from us.

In their post-Assembly evaluations, 88% of the participants said that their overall impression of the Assembly was either good or excellent. The Assembly planning team have reviewed the evaluation comments in detail and have already begun thinking about how to make the next Assembly in 2021 an even better experience for everyone.

In 2019 the National Convention will take place in Regina. The cost for sending delegates from the Eastern Synod is now being paid by synod office through benevolence offerings. Thank you for your generosity. Contributions to help offset these costs are greatly appreciated.

Provide Vision, Leadership and Support to the Synodical Community ($808,500)

Connect the Synod Community with the Wider Church through Effective Partnerships ($588,000)

For detailed financial information, click button below to visit easternsynod.org, and scroll to the “Eastern Syn­od Budget and Audited Financial Statements” section.
Detailed Financial Information
Thank you for your support