On being a servant – Pastor Marni Nancekivell 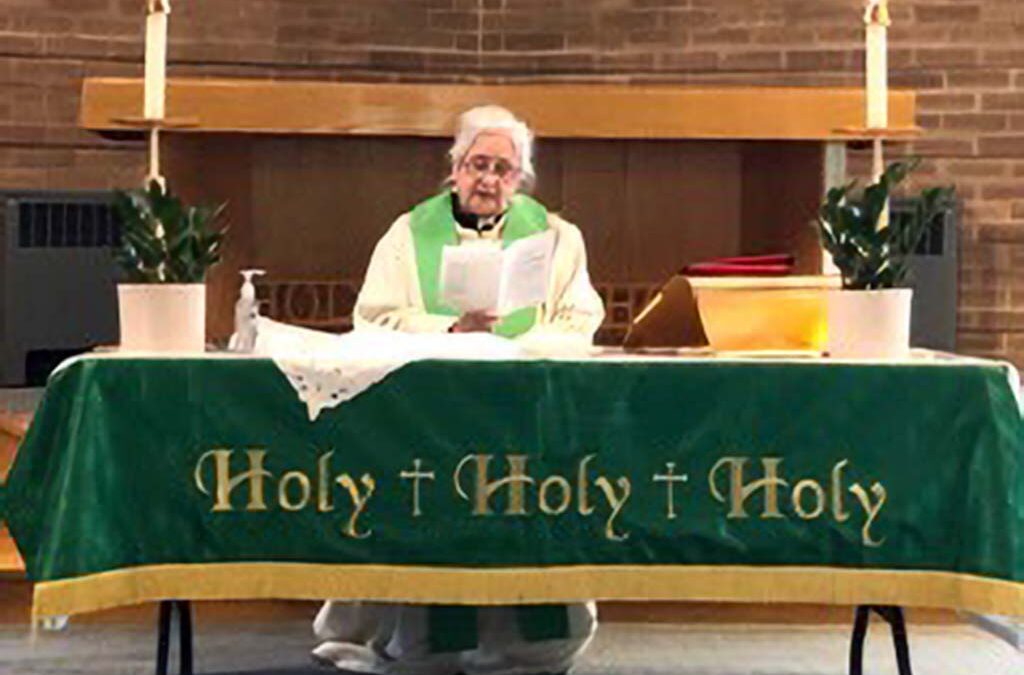 Sister let me be your servant,
let me be as Christ to you;
pray that I may have the grace
to let you be my servant too.

Well, the spirit of servant hood was not What James and John the sons of Zebedee were serving up that day…at least not where Jesus was concerned. They came up to Jesus and said: “Teacher, we have something we want you to do for us.” — It was more like “Master, let’s play you are our servant”… We’d like – no we DEMAND that you do something for us.

We’ve been talking and we would like to get the top prize for Greatest Disciples of the Year. We would like to be awarded the highest places of honour. Now, we’re prepared to share with you still – after all, you started this Jesus Movement. We’re willing to share the deal with you. But we figure that we belong at the top. So one of us will be at your right, and the other at your left. Deal?

I suspect that Jesus was tempted to roll his eyes. If he didn’t actually say it, I am willing to bet that Jesus at least thought:
“You’ve been with me all this time and you still don’t get it, do you?”
But that isn’t what we understood Jesus to have said.
Now, scripture records different versions of this story. Matthew’s version has the rather pushy mother of the sons of Zebedee asking the question on behalf of her sons. Luke glosses over the whole thing, wrapping it in an argument about who would be the greatest disciple. None of them get the point.
So, here are these two, asking for the best seats in the Realm of God. It would be funny if it weren’t so serious. Jesus had just predicted his own death to his disciples and now there two of them ask for the best seats in the house. I rather suspect they were motivated to do this based in Jesus’ prediction of his coming death.
“Oh, on your way out the door, Jesus, you’ll probably need to pick who you like best, so we’d like to volunteer for the honour”. We’re willing to be the center of attention in your place.

These two clowns just didn’t get it.
Following in the way of Jesus isn’t about power and privilege. It is about service and all of us following the way of Jesus, the pattern of Jesus in our lives and in community.

Following Jesus isn’t about a bunch of five years olds elbowing one another out of the way to get to the front of the line in kindergarten for the privilege of “going first” in line.

Jesus replied, rather pointedly, I imagine: “You two don’t even know what you are asking! Can you swallow what I am going to have to swallow. Can you be initiated into the baptism of death?

James and John really did not know what they were asking. Jesus had been telling them that he was on the way to the cross. “If you want to be around my kind of glory, that is it” I am going to be put to death. Is that what you want?

The way of the servant is all about service, giving one’s self for others. It is not about power and privilege. It’s not even about being last and not first. It is about living and serving one another and the world in a model of radical community.

The Reverend Judith Evenden writes: “Jesus goes further by offering a model of caring community where power is in the circle of care we construct with no hierarchy, but rather people who, from a place of passion, experience and training take on positions and help a community to “be together” with values of love, compassion and justice as the central features. We choose to be in this circle, and by so doing, we let go of the need to control everything — including the outcomes.

The pathway of Jesus offers no double your money back guarantees other than this: the journey of faith is about living out your passion, given your experience and training to build this community of faith. There is no magic map. But you are needed…and because there are no guarantees, we become anxious. We can wring our hands over our concerns that things are tough. The future is not clear, and we may fear that we don’t have enough:
Enough energy, enough money, enough people, enough programs. And when we are anxious, we might even be tempted to follow in the footsteps of the stupid sons of Zebedee and ask inept questions of Jesus, questions that convey that we just don’t “get” the truth that in order to be a leader, we must first be a servant. Being a servant-leader is the only way to be faithful to the pathway of God.
It is clear in this passage that our friends, James and John don’t get it. They covet positions of power and influence “up front”. They don’t understand that the way of Christ is not to follow the King to his castle, but rather, to his cross. This is not the way of upward mobility, but of the kind of leadership that is found in self-emptying, self-giving, serving love.
The call is simple, on one level, and oh so complex on the other. We are invited to feast at God’s table, to be fed. And then we go out, a fed and renewed people. Go out into the world as the Body of Christ to seek and serve all people in the name of Jesus. Go out into the world and heal the sick, feed the hungry, comfort those who mourn, free the captives and let all the world know that the love of God cannot ever be defeated…
For which we say: Thanks be to God. Amen

Sister / Brother, let me be your servant. Let me be as Christ to you.
And all of God’s people say: “Amen!”