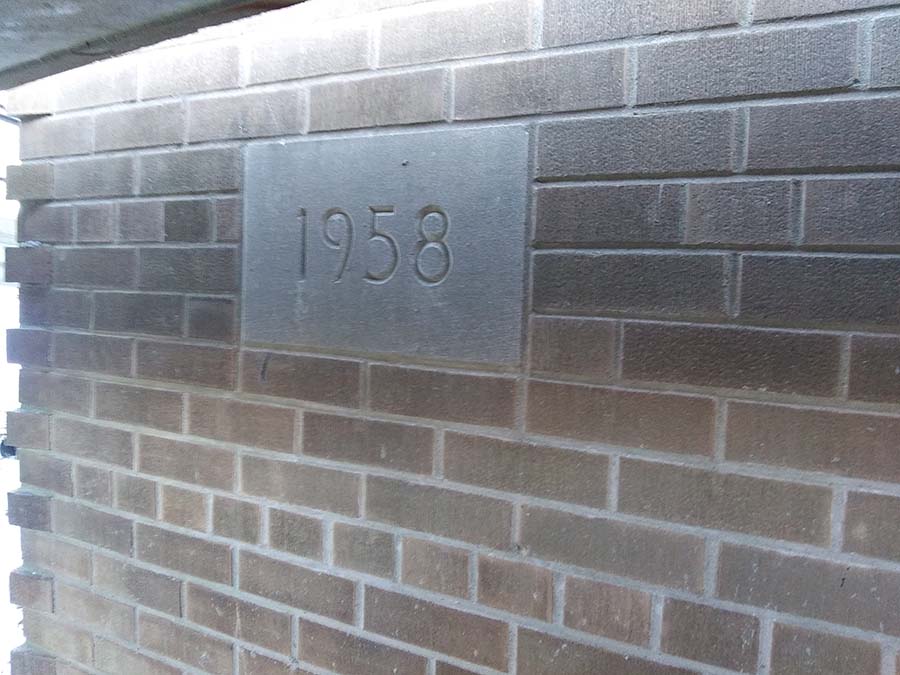 The cornerstone of a church is Jesus.  Our building has a cornerstone too.  It contains articles placed there when it was laid in 1958.  So, what is the story of our building and the laying of that cornerstone?

In 1952, the Lutheran Synod of Canada purchased the lot at our current location of Spruce and Reynolds.  But things were challenging from the start.  Changes in the Oakville zoning bylaws would not permit a church building on this site.  Pastor Roy Grosz rose to the challenge and spoke to a meeting of the Oakville Town Council.  He was convincing and the Town agreed to get the zoning changed at the Ontario Municipal Board to allow for construction of a church building.

God provides people of many talents.  One of Grace’s members, Karl Kruschen, was an architect.  At the annual general meeting on January 15, 1956, members viewed for the first time a scale model of our church building. At a subsequent special meeting, members approved the plans.  Gus Dreger was appointed chair of the building committee.

The committee did not waste time.  The cornerstone was laid on June 22,1958 at 3:00 PM.  Two hundred people attended.

Finally, the day came – Sunday, September 21, 1958 – when the church building was dedicated.  And what a dedication it was!  Three worship services were held that day, attended by 548 people.  One day was not enough, so there was a dedication week, including a community worship service on Monday during which Oakville Mayor, William Anderson, brought greetings from Oakville.

From starting with zero members, Grace had grown to 200 confirmed members by the time the church building was dedicated.  Grace was diverse with members whose ancestries heralded from over a dozen countries.

While all this was happening, a parsonage was built in 1954.