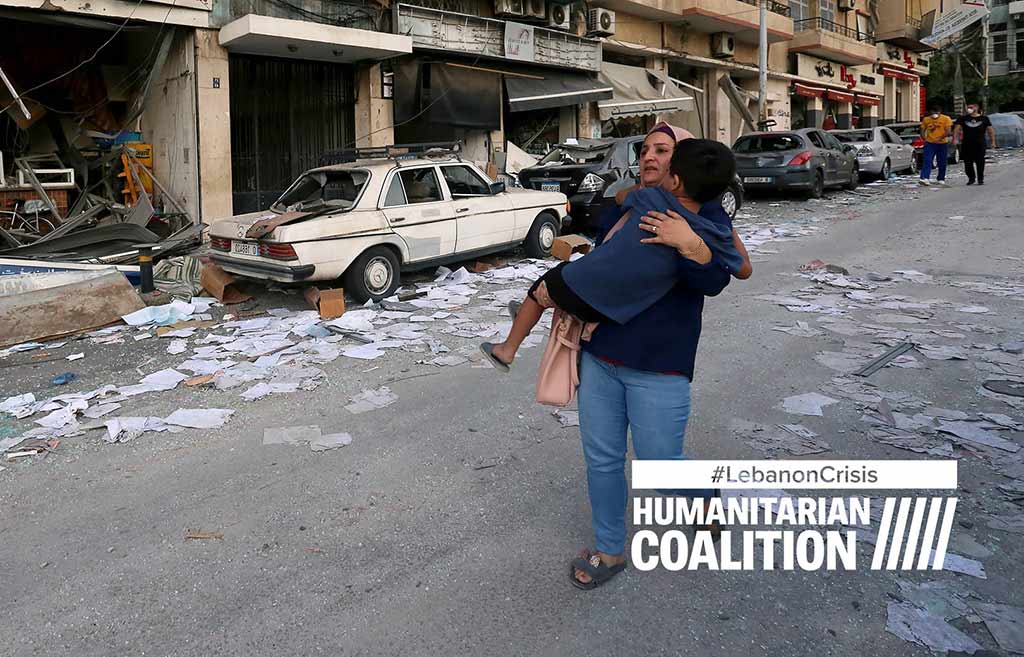 Canadian Lutheran World Relief, as a member of the Humanitarian Coalition, welcomes this morning’s announcement of the Canadian government’s plan to match donations made to provide assistance to the people of Lebanon after the disaster that devastated the city of Beirut this week.

It is estimated that the explosion on August 4 of a warehouse in the port of Beirut has left at least 100 people dead, and thousands injured. More than 300,000 people have lost their homes.

In response to this disaster – complicated by an already critical situation in the country – the Honourable Karina Gould, Minister of International Development, announced this morning that the donations from individual Canadians made to the Humanitarian Coalition or one of its 12 members before August 24 would be matched by the government, up to a maximum of $2 million.

“We’re so grateful for the Canadian government’s rapid response to this unimaginable crisis,” said Karin Achtelstetter, Executive Director of Canadian Lutheran World Relief. “We’re deeply concerned about this situation, where 300,000 people have suddenly become homeless in a country already dealing with an economic crisis and a pandemic. We urge Canadians to follow the Government’s lead in responding generously, and especially in taking advantage of this matching fund to make their gifts provide as much life-saving relief as possible.”

CLWR will be responding to the devastation through its local partners in ACT Alliance who are on the ground in Lebanon, who are focused on life-saving immediate needs including shelter, food, clean water and trauma care.